Phlan had its revival of the previous century under the watchful eye of Juchin and his band of extraplanar adventurers.  A tiefling, a kender, and a centaur from Krynn may not seem like able or fast companions, but they were effective in taking control of a series of checkpoints in the city while searching for the fabled Baneblades of Demron.

Actually managing to recover two of them, they had separated to cross the Realms and find the remaining blades.  One of them vanished.  One of them was entrapped in stone by curse magic by dwarves guarding the tomb where the blade was kept.  One of them was consumed by his quest for power, and ended up destroying his own city.  The last reached out to the only help she knew.

Dyanette Sel'rue received a plea for aid from the centaur Acacia, and convinced his sisters to render aid after telling them of the fabled blades.  That was when things took an unfortunate turn.  Aun'rae received a vision from Lolth, and the two sisters recovered a whet stone they believed could turn the blades from the elves and secure them for Her purposes.

All they had to do was recover the kender from her stone tomb, where she continued to retain the secrets and locations of the remaining three blades.

That was when Juchin arrived in the city, disguised as a pit fighter.  Killing the Sel'rue arena champion, he demanded a meeting to be named the Sel'rue champion.  That was when he revealed himself, and identified that he was the reason the city of Phlan had fallen.  He was also searching for the kender because she had stolen the baneblades.

The tangled web led the party to the Western Realms, where they recovered the next blade and the kender, through a series of traps and orcish bandits also trying to steal from the dwarven tomb. 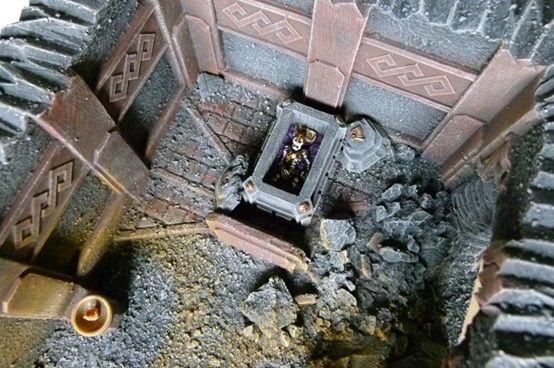