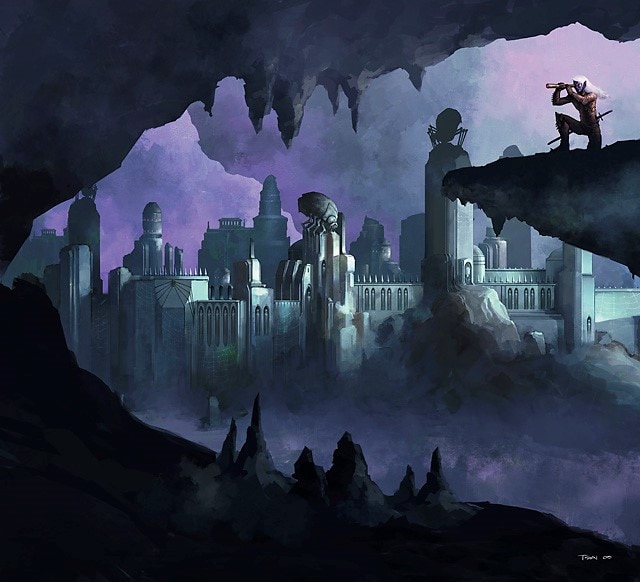 The Isle of Rothe is the formal home to House Sel'rue.  Formerly Freth and Hunszrin before them, the Sel'rue dominate city politics by controlling the food supply of mushroom fields and rothe herds.  There are over one thousand rothe and 70 acres of mushroom fields covering a full quarter of the city, but those fields exist only around the one natural water source, Lake Donigarten.

Rothe are the primary livestock of Menzoberranzan, and the blind musk oxen of the deep provide fur, meat, milk, and cheese, as well as occasionally beasts of burden.  There are surface variants that exist in the World Above, and there are ghost rothe, strange creatures from the Lowerdark that appear to have retained their sight, and developed a language of flashing lights to communicate.  Rothe bred with their Lowerdark cousins sometimes gain the ability to cast Silence spells, and transport themselves across short distances, making them unexpected escape artists—better, if they can be trained to use their power with a rider.

Death in the Darkness