Griswald the merchant from Silverymoon continued to exalt their good fortune as the trio rounded the bend out of the city and started to two mile ascent toward the World Above.  He couldn't get over the payload they were carrying with them.  "Can you imagine what we're going to make out of this, boys?" he asked.

Frank, the beholder, scratched at his third eyestalk with the grooming tool he guided from his mouth and his primary stalk.  Through his broken common, he intoned in a deep, resonating voice, "Are you sure you shouldn't just take the money and run?"

The bugbear clapped him on the back and chuckled.

It was Gris who broke the tepid silence.  "If they are willing to send us up with this much treasure, do you honestly think they can't find it?"  He thought a moment, and the thought chilled him.  "Any idea what they would do to us?"  He shook his head. "No, boys, this is the tip of the iceberg.  You'll see!"

"Or the edge of it," the beholder replied.

The rest of the journey was strangely silent. 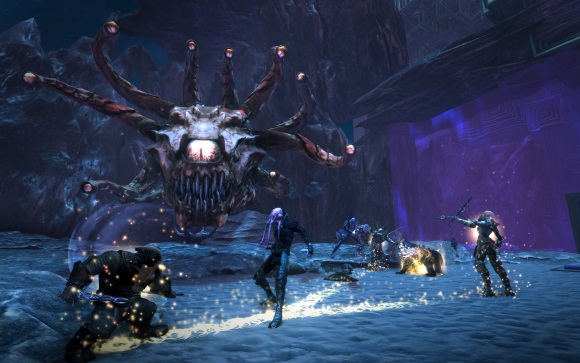 The mad musings of a lost girl