The Heart of the Darkness

The party encountered a quickling deep under the castle.  How long he has been following, no one knows.  But there are more problems than an invisible healer.

The Brdge is Out!

The party made their way through Kuto's Well toward the River Stojanow, emerging first into a dark well deep under the earth.  Finding their way quickly out of the drow hold, they found themselves immediately beneath the ancient bridge.

Seeing the leader of the orc guards protecting the ancient entrance into Valjevo Castle, Acacia couldn't resist taking the opportunity, and ended him with a single arrow.  Raising the alarm, the party fought a pitched battle, ultimately escaping west into the woods.

Safe and dealing with a series of wounds from the fight, they decided to try to find a safer way into the castle, eventually reaching the northern secret entrance, a last measure designed in the early days of the Valjevo line to safeguard the royal family and keep them safely beneath the keep.

The party tripped one trap and disabled another, finding themselves in a six room vault designed for the survivors of an desperate battle to recover their senses and decide their next steps.

Two crowbars, a collection of timber and stone blocks appropriate for cribbing, and a scroll and wand were discovered by Acacia.  She scavenged the wand, scroll, and crowbars, and found a note that described the scroll as a "Jump" spell, and the wand as an "earth shape" wand with only a few charges, activated by the word, "aoreth."

The party has a hard decision, whether to reach the pass at Stojanow Gate or attempt to return to the city.  They have elected to follow the course of the underground river they presume leads back to the River Stojanow.

Today I met a billiondy people in a place call Flan. I think that's a dessert or something back home… not sure though. Acacia says that it isn't but I think she might just not know about it. There is this thing call a tiefling there, she's got some seriously grabby hands. I mean who just reaches out and takes things from people! I never!

But, then there is this half elf! He's Juchin, and not at all as bad as I thought. He thinks I'm super useful and has a neat mask. I wonder if he will let me borrow it.  Then there is this elf named Faylin,  she seems okay, kind of wildy like the cag's but not as snooty. The other elf is Carella, and she's okay I guess, she heals people when they get hurt.

OH! And then, then I got to use my color spray spell and it actually worked!!! I can't wait to go tell the goblins all about how we stopped the orcs from invading them!

Maybe next time I can see if there is anything neat to borrow from the keep, after we rest though, I guess people are tired, but I could go on and on and on for hours! I mean, just look what happened when I stayed up and went to the Temple! That's how I got my new name too! Mama would be proud.

Inside the slums lay a particularly large water source, known for years at Kuto's Well.

Below the well lay the stronghold of the infamous Norris the Gray, where the party found treasure and guarded by opponents.  Only 6 pieces of gold, 30 silver, and 36 copper were found on the bodies, but there were a bullseye lantern, a potion of cure light wounds, eight arrows, and eight crudely made wooden short bows in the body pile after the first encounter. 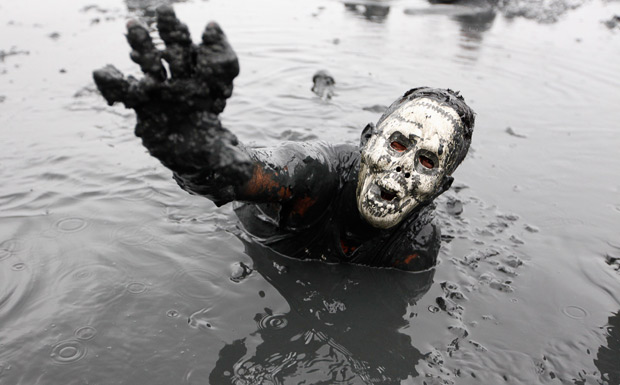 Eight more of Norris' men were defeated, and on one of the bodies, Fizzl found a piece of parchment that bore a password written in orcish:  Darkness.

The orcs came for their wounded man.

What they found was the party of adventures that destroyed them.  Juchin was struck by a crossbow bolt, but the others remained unhurt

Four orcs were defeated. and among the bodies, just 27 copper pieces were recovered, bearing the sigils of new Phlan administration, meaning these orcs had taken their treasure from the adventurers unlucky enough to come before.

However, a strange windfall, each of the four orcs appeared to be wearing pieces of what was a full set of full plate armor.  One wore the vambraces, another the helm, another the gloves, and one the breast plate.  The armor, valued by Fizzl at some 1500 gold pieces, bore the marks of heraldry belonging to Nimoar's Hold, a keep embattled by orcs long ago, in faraway Illuskan lands of Mirabar.

The other treat was a pair of magical bracers that bestowed one tier of armoring to the wearer.

Faylan was easily able to track their origins back to Kuto's Well, which was found strangely unoccupied.

The goblin the party captured has led them past a series of traps, and down a long list of tunnels between rooms and buildings, allowing the goblins to keep off the streets and avoid the notice of the crossbow-wielding guards on the city walls.

Murder holes and traps wait everywhere, but the goblin seems intent to keep his word and not run off at the first sign of trouble.

The city is awash in mystery and tradition, but deeper washed in blood.

It has been many decades since the city fell, in the closing of the Dragon Run.  What drake fire purged is now being rebuilt, over many, many hard years, and the monsters that presently control the slums are fighting back.

Golblins and kobolds are most prevalent, having been pushed toward the outskirts by larger bands of orcs and hobgoblins.

Outside the first major structure that is still standing, a team of just three goblins laid in wait to ring an alarm bell, and notify their guards that city-goers were entering their side of the ruins.  The tables, however, were turned, and the goblin that survived found himself bound by manacles to Juchin, forced to lead them through their defenses safely.

Obtaining a Healer for the Journey

Fizzl was rewarded for her recent success, and took the name Fizzl Tyrshand for her success.

She also recruited one of the leading curates for the Temple of Tyr, an older man named Ortaun Divall.  Meanwhile, Juchin, eager to locate a healer for himself, hired the services of Bilean of Selune, a healer dedicated to the questing god.

This prepared, the party ventured beyond the gates, and into destiny.

And then the Kendar had coffee....

The Waiting, temple dedicated to the god Tyr, was the site of a minor miracle, as one of the faithful witnessed a young woman described as a "halfling" leaving an offering of wine on the altar which promptly vanished in a blinding flash of light.

The healers, upon witnessing the event, brought her to touch the foreheads  of the afflicted and wounded, in hopes that her blessing would pass to them before dawn.

She regaled the tavern with her tale the following morning, to the confusion of all…