Halflings Blade: Evaelathil "Flamebane" (green)
Stolen out of Myth Drannor from the body of Ellidor Snowtoes after his death at the Honorsgate War.  Location unknown, but rumors of a halfling thief wielding a blade wreathed in a green flame abound in Daggerdale.

Dwarfblade: Mhaorathil "Plaguesbane" (orange)
Wielded by Vuth Steelire, buried in Northdark Mountain.  Dungeon crawl for tomb robbing needed.  The Northdark Reaches have been buried under dozens of feet of snow for a century, to the point the dwarves abandoned the Reach.

Dragon Rider's Great Sword: Morvian "Darkbane" (yellow)
Recovered from Valhingen Graveyard, and now wielded by a member of the party.

Mage's Blade: Faervian "Battlebane" (purple)
Buried with Phyrra Illiathorr, under the Tower of Song.  The red dragon was the best way to find the location of the sword.  Now the dragon is dead, but its fabulous horde is yours.

Unity Blade: Dragathil "Hatebane" (red)
In the horde of the black dragon Crinabnathor in the mountains west of Dragon Sea.  The black dragon has been seen over Calderock and Newport over the last several months, preying on local sheep and the occasional hunter.

Leader's Sword: Keryvian "Foebane" (blue)
Disappeared with Captain Fflar in a pillar of light during the Crownfire War.  Now in the hands of the mythical creature Miska in his prison on the Plane of Opposition, the blade has been corrupted by his evil influence.  Only the touch of a goodly aligned soul can restore it.
View
26
MAR/2017
1 comment
Last commented on:

The great red wyrm lays dead at your feet, but the spoils of war are not what the party needed or expected.  The baneblade is not here.

The party spends time in the library piecing together a next step and makes a discovery.

Worse, the kender's wanderlust is growing more acute as she enters the next stage of her life.  It's getting harder and harder to keep her in one place for very long, short of nailing her to the floor—which has been suggested.

Back on the Path

Its arcane branch is called the Akh'Faer, and the first-in-command is known as the Spell-Major while the second-in-command is known as the Spell-Captain. Any candidate for the Spell-Major position had to be accepted by the Ary'Faern'Kerym elfblade, also known as the Artblade, a semi-sentient sword that was created specifically for the purpose of determining whether the wielder was worthy of the Art.
Unfortunately, the Ary'Faern'Kerym elfblade was lost in 450 DR during Spell-Major Zaos Durothil's disastrous attempt to fight off the red dragon Edallisufanxar. The archmage Demron had already gained renown for enchanting the first three baneblades, and he was commissioned for a fourth one.
In 462 DR, the archmage Demron finished enchanting Faervian. It was commissioned specifically for the office of the Spell-Major.
Then Josidiah Starym returned to Myth Drannor in 674 DR from his long personal quest to redeem his family's honor, with the Artblade in hand. As such, he took the rightful place as Spell-Major, since the Artblade had chosen him. As a consequence Paeris Haladar was dropped to the rank of Spell Captain, which rankled him to no end. Fifteen years later he tried to claim his previous post as Spell-Major, but the Artblade found him unworthy and the blade stripped Paeris Haladar of all his magical powers.
A new Spell-Captain was named by Josidiah Starym, a moon elf bladesigner named Phyrra Iliathorr. She wielded it until her demise during the events of the Fall of Myth Drannor. She was in the point position of a flying-V formation, about to order a strike down towards the enemies below, when the corrupting influence of the demons made the Mythal's flight power blink out. As such, she was one of the first to fall painfully to the ground. The traitor mage Nezras then cast dig, earthquake, and sink spells on the surviving elves, entombing them (and Faervian) beneath the Tower of Song.
Faervian was found hundreds of years later in the crypts underneath the Tower of Song, guarded by a baelnorn named Breithel. The sword was recovered by a group of adventurers, and is now in possession by one of them—the adventurer's previous deeds identified him as a worthy wielder. Its return was heralded by the whole of Myth Drannor, and the adventurer in question is now a Knight of Myth Drannor.
View
6
MAR/2017 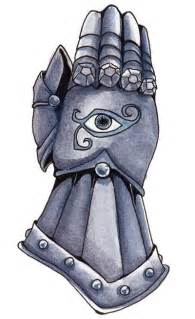 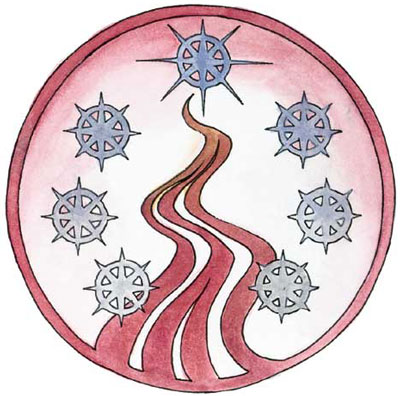 Around the World and Home Again

A familiar, a magical journey, a cadre of dark elves destroyed, an encounter with moon dogs.

However it happened, the party has come home with the help of a powerful mage.  Now, it's time to explain what they've been up to for the last four months…

Matias was able to warn the rest of the party still waiting at Phlan, and Valen propelled himself to Candlekeep through use of a Teleport spell, and arrived just as the Drow chose to approach.  Valen was nearly ended, but the party threw themselves into combat with spells surprisingly effective against the dark elves.

Catching up after three months, the party fills in Valen on all that has transpired. 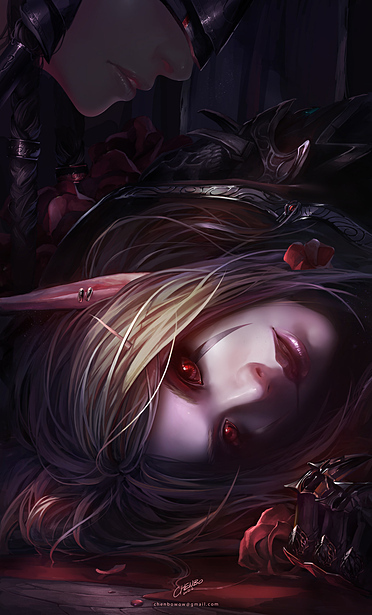 The Journals of the new and improved Fizzle Tyrshand

So, it's been a while since I wrote, and let me tell you, everything is weird.  Grr work up…different. He was mad that we worked with the blue dragons.  He said I stank, and since he hasn't really wanted to be friends. He did say though that he's not going to eat me.

We ended up going places, and we've been traveling for weeks now and ended up in Candle Keep. They had all the stuff, so much information I could explode with all of it! I told them all about dragons though, and where to find the graveyard, but I told them to hide it and how to get to it because it would hurt the dragons if people robbed them.  Hopefully, that will make Grr less mad at me.

Right now we are waterdeep! It's so great! I got a pretty necklace thing and a tiara and all kinds of stuff! Then we went into the tunnel, they made bets on whether we would live and come back — which we will. Down there though, we found some creatures from another plane and we accidentally killed one of them, so we rescued the others and sent them up to the surface for mages to take care of.  Then we spent the night with a group of goblins that have a friend that's a drow… whatever that is. He has this red streak in his hair, which I guess makes him special, but I don't know. Otherwise we are staying put here until we rest, and then we're going to try and get through to the library down here. It should help us figure out who Teronthraxis is and how to stop him.

The party shopped on Rainrun Street and made a host of excellent acquisitions, in anticipation of their sojourn into the Undermountain.  The alcohol flowed freely as bets were tallied for or against the most recent arrivals' chances.