Hilather Blackcloak was known by another name…  Halaster, the Mad Mage Under the Mountain.  There are rumors that the Baneblades were used in the shattering of the Rod of Law.  There is also the realization that two blades were stolen, and one was kept by the ruling family of the areas surrounding Phlan.

The blades were used to shatter a powerful artifact, and then they were scattered to the four winds, in such a way that they might never be reunited—until a certain party was charged with recovering all of them.

The question… is why.

A Light in the Darkness

The researchers of Candlekeep were only too happy to exchange new lore for old, and provide information the party desperately needed.  They now know that they need to reconstruct the Rod of Seven Parts to reclaim the Baneblade, but they will likely need to kill a demigod to reclaim the blade. Left on the Doorstep

Shandril survived the attack on her family, and was left in the care of Gorstag, in the guise of a serving girl for a growing inn. 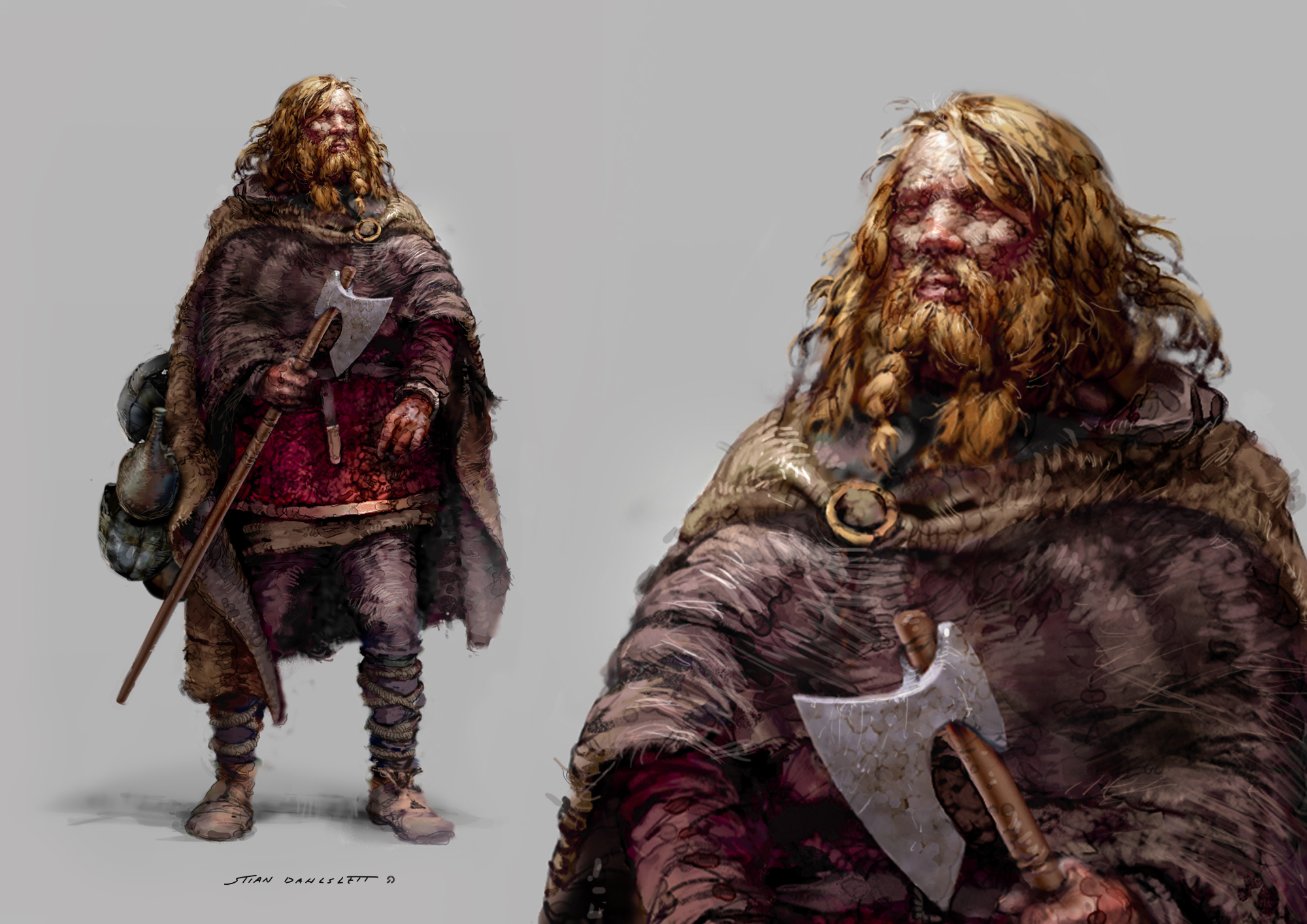 A little girl was the sole survivor of a land shark attack on the High Road, north of the Dragonspines, as the party departed Phlan to investigate the strange Rod that may lead them to the Baneblade Keryvian.  Encumbered, the party dashed toward the Citadel of the Raven, still occupied by the multiple forces of most of the Cormanthor to prevent the barbarian tribes from raiding further south.  Eventually they get a name out of her:  Shandril.

The captain of the forces loyal to Yulash watching the easternmost took in the party and hid them from Captain Kandar Milinal, the leader of the Zhentilar forces commanding the inner three keeps.  It seems he already knew they were passing through, and was looking for them to detain them on orders from Zhentil Keep.

Thus engaged, the party decided to abort their trip west, and headed south through the mountain, away from the Zhentilar toward Teshwave where their tagalong could be treated.

North of the Spine

The travelers on the trail have been poorly treated by the Zhentilar as they traveled east.  Many were told to turn back, detained, or beaten and then questioned.  Most are half-starved, and those who have fared better tell harrowing tales of dodging patrols and wild men in the northern reaches. The Rod of Law

There was a strange discovery.

Wererats appear to have lived under the Slums for many years, and now their lack of foodstuffs has driven them into the New Settlement looking for food and gold.

That's not all.  One of the items in the haul taken from the yugoloth pyramid in the Stojanow River turned out to be a small piece of a broken rod or staff which resisted attempts to identify it.  It took many days of research in the ancient library of Mendor to uncover its origins, but there, hidden in a pile of mouldering tomes, lay the proof.

The Rod of Law first appeared on the Prime in the last days of Myth Drannor.  When its wielder was suddenly attacked by forces resembling driders, the staff suddenly exploded.  It is also the last recorded documentation of the known appearance of the last Baneblade, Keryvian.   Its wielder returned from that battle without the fabulous sword, and died two days later.

This might seem an intellectual curiosity, until the kender begins to recount dreams of horrifying clarity—a great being in a dark place, wielding the blade Keryvian, its eternal flame dormant, the sounds of chains rattling, and a terrible sensation of pain and longing.

Little is known regarding the molt of dragons.  Some believe that a dragon merely wakes, refreshed and renewed, however the truth is somewhat more disturbing.  Massive changes in size and chemistry result in a wild changes in behavior, and even perceptions of memories and therefore friendships can be wildly altered.

Under the Water in the Temple There is a temple with its only access under the roiling blue waters of the Stojanow.  The immense pyramid stretches a hundred feet upward and a hundred feet across, nearly damning the river.

Valistrae's lockpicking skills proved a match for the lock, but the glyph nearly killed their healer, Bronning.  A few hours of searching uncovered signs of horrid experimentation by the mad sorceror in charge.  One of the creatures, Squib, was a kobold/goblin frankensteinian hybrid, terribly twisted by magic and experiments that rendered it mute, half-mad, and undead.

The terrible wretch led the party through a set of potentially lethal traps to its master, and the pitched battle raged all throughout the pyramid, until at last the yugoloth attempted to escape by plane shifting, and the party pursued.

The yugoloth opened the shift, but didn't leave.  Instead, it realized the party would pursue it, and so stayed behind, and began in their absence laying waste to their holdings.  Arriving miles apart, it took the party days to find one another again, in the village of Corpsehaven, deep in the haunted wastes of Blood Rift.

Fizzl managed the magic to return to the prime material, and then used a gift she had received, a mighty Wish… she asked the Fates, "bring them all back!"  That was when the Blood Rift intersected with the Prime, and thousands of the Forgotten opened their eyes, and were home, and Tanar'ri and other fel creatures appeared over Abeir Toril.

Nightmare shapes coalesce in the dark.

The party find themselves in the Further, a land between worlds, watching the shadows of two worlds as they move about, seeming unaware of their arrival.  The massive blue wyrm observed its final moments with relative peace, and its grateful siblings honored their agreement, surrendering their own precious scales before retreating with their hordes back into the mountains.

The thieves' guild are not actually the Welcomers, nor were they ever thieves.  Originally.

While they have been managing the affairs of thieves and have even gained notoriety and respect from other guilds, they are in fact in search of another source of riches—a dragon graveyard.  Years ago, when the Dragon Run of 1306 Dale Reckoning tracked across the Moonsea, nearly obliterating the old city, many dragons were rumored to have fallen.

Having swallowed their treasure horde, they died with phenomenal wealth in their bellies, literally many tons of gold, silver, and precious stones, just waiting for someone to take.

The thieves' guild is now two tiers, one of actual thieves who have no idea what the core leaders of the guild are truly after, and a core guild of officers who know their true purpose, and intent. They are well connected, and they have been well paid to obscure their efforts.

For the time being, the thieves have agreed to stay away from the city, although a small element of their number will continue to raid newcomers to the city, as they historically have for years.